Here are a couple of BTS pics of my shoot with Jimmy Morris, banger racing champ, at Wimbledon Stadium a few months back and more recently the underwater rugby team at Putney Leisure Centre. I've learned a lot of new techniques since starting this project on extreme sports. Here are a few things I've picked up: 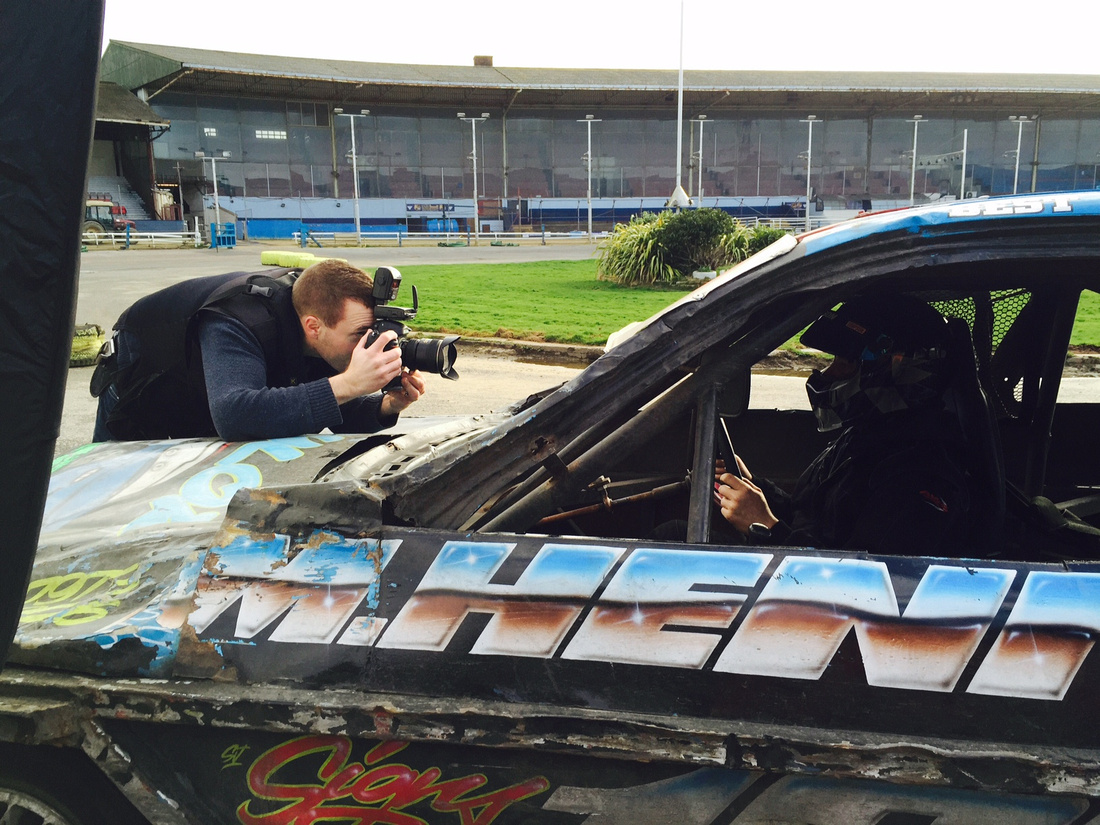 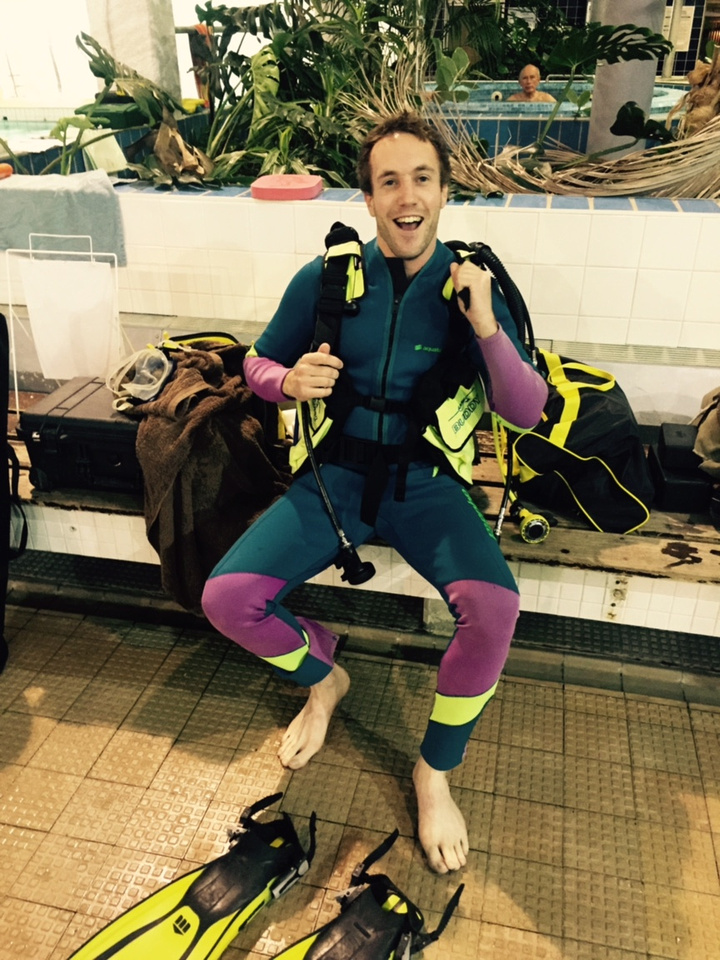 1. Cable ties are incredibly useful in almost any situation, even more so then duct tape in my experience. Just so tough and easy to work with. Always carry them on shoots!

2. Scuba diving gear is an absolute necessity when shooting underwater and I'm indebted to the underwater rugby team for letting me use theirs. I've tried with and without and there's just no point in even trying if you can't relax underwater. It's not just the having to hold your breathe but also the fact that without the tank, and with arms full of equipment, you're just way too buoyant to dive down. Just embrace looking like a dork! 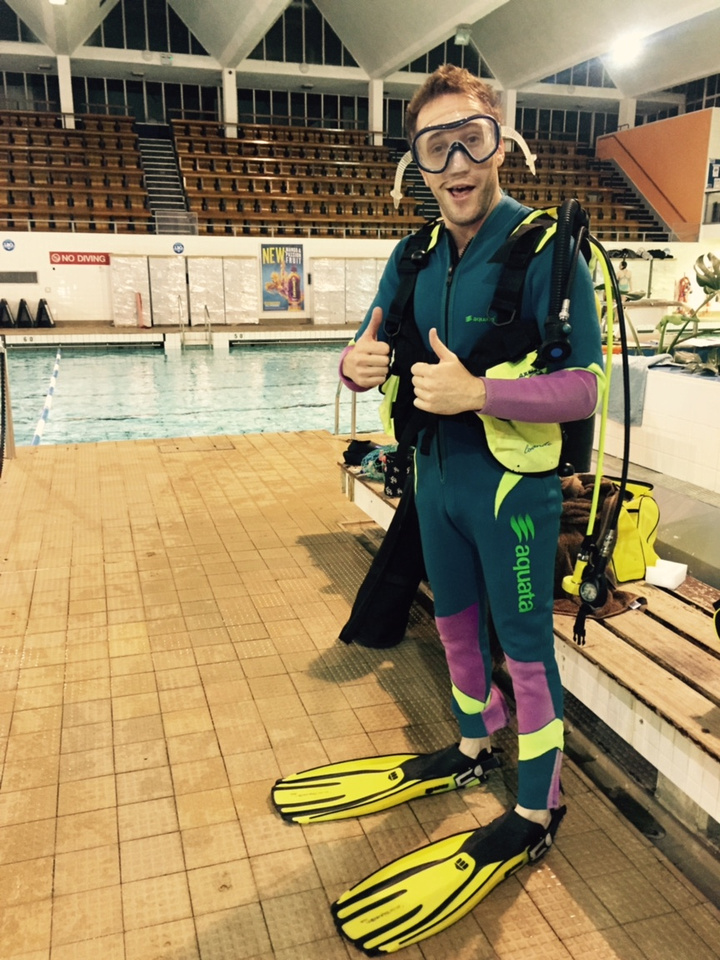 3. Underwater camera housing doesn't come cheap as you can imagine. Most models on the market are expensive and often dedicated to one particular camera model. I was pleased to find an alternative option on ebay by a German company called Ewa Marine, who offer flexible but firm plastic housing rigs, tough enough for pool shoots and allowing for various different camera types.I must say I was very nervous taking my D3s to the pool the first time, but after a few tries I was soon flinging it about underwater without much of a worry and I trust it now to do the job. 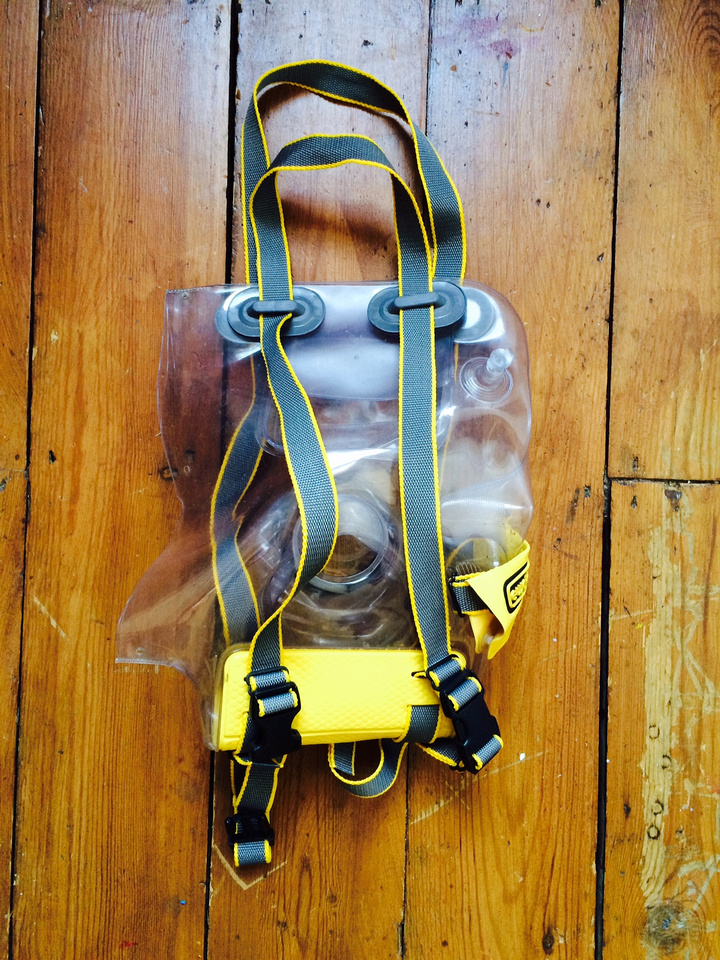 4. Firing off camera flash underwater is one of the most difficult techniques out there. Radio waves and infrared just don't travel any distance at all underwater to be picked up by your remote strobes, so you can forget about using pocket wizards. After some research I decided the most affordable way to manage this was by using a system of optical cables. I took my inspiration from this guy

So far his set up is the best DIY solution I've found to the problem of firing flash underwater. It's still a real challenge to move all this kit into position underwater. Without weights your light stands and cables risk floating around underwater and potentially very hazardous.

Also there appears to be very few glues out there that are strong enough to work with underwater. I used shoo glue to attach the optical cable connector to the peli case and it lasts only about one session before coming unstuck. The cable has to be directly opposite the speedlight sensor or the flash won't fire so this is crucial. 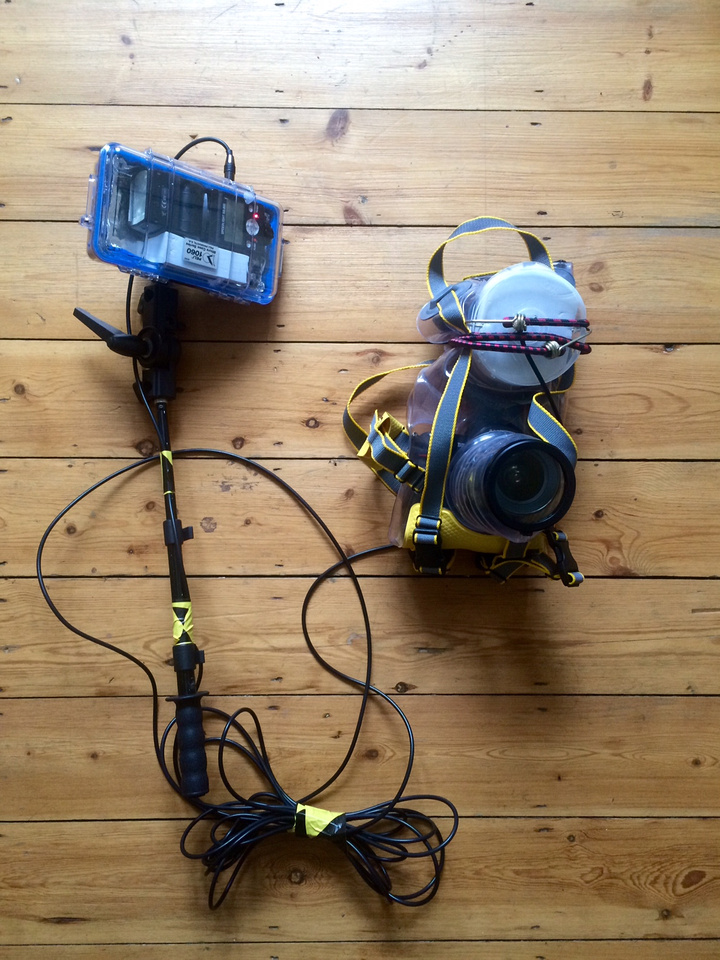 Despite the challenges shooting underwater is much fun. Especially a sport like underwater rugby which is so action packed and downright bizarre at the same time.